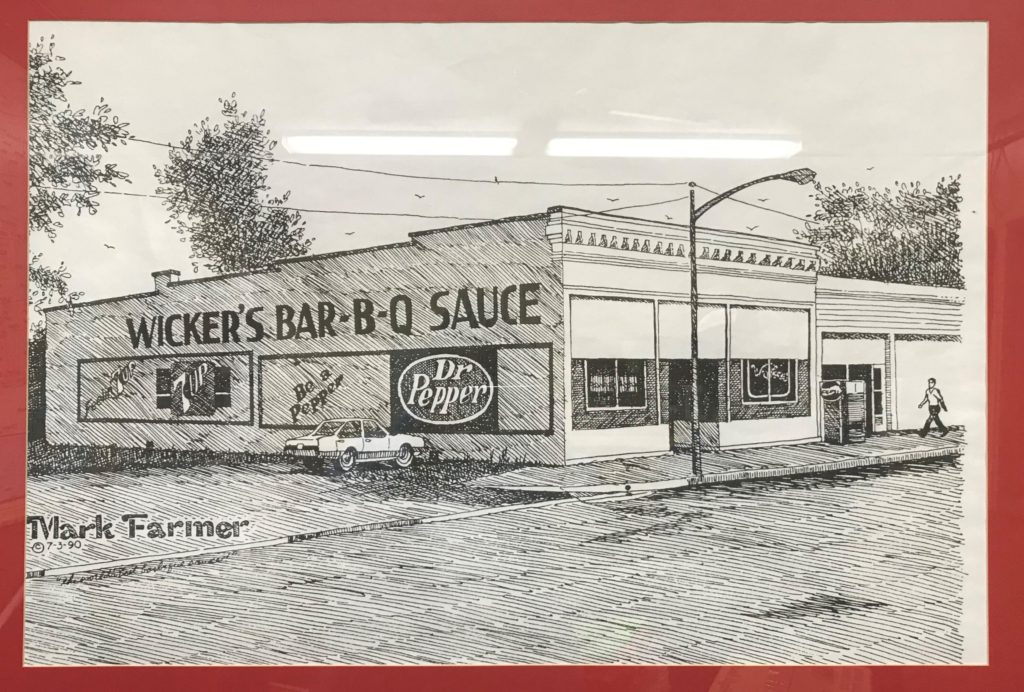 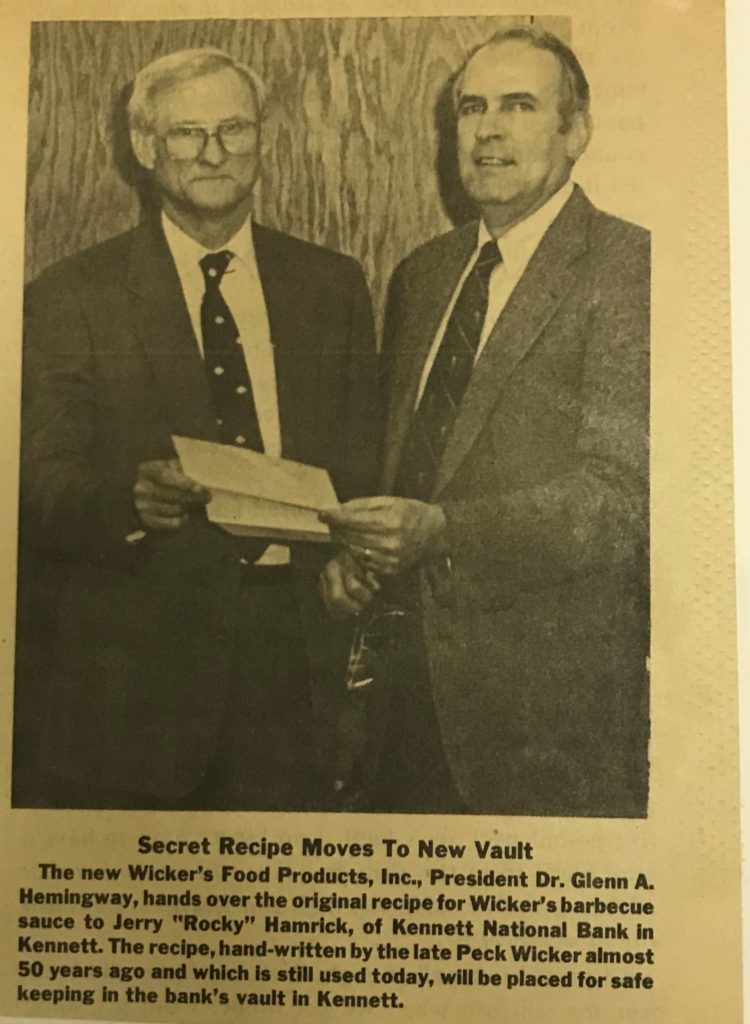 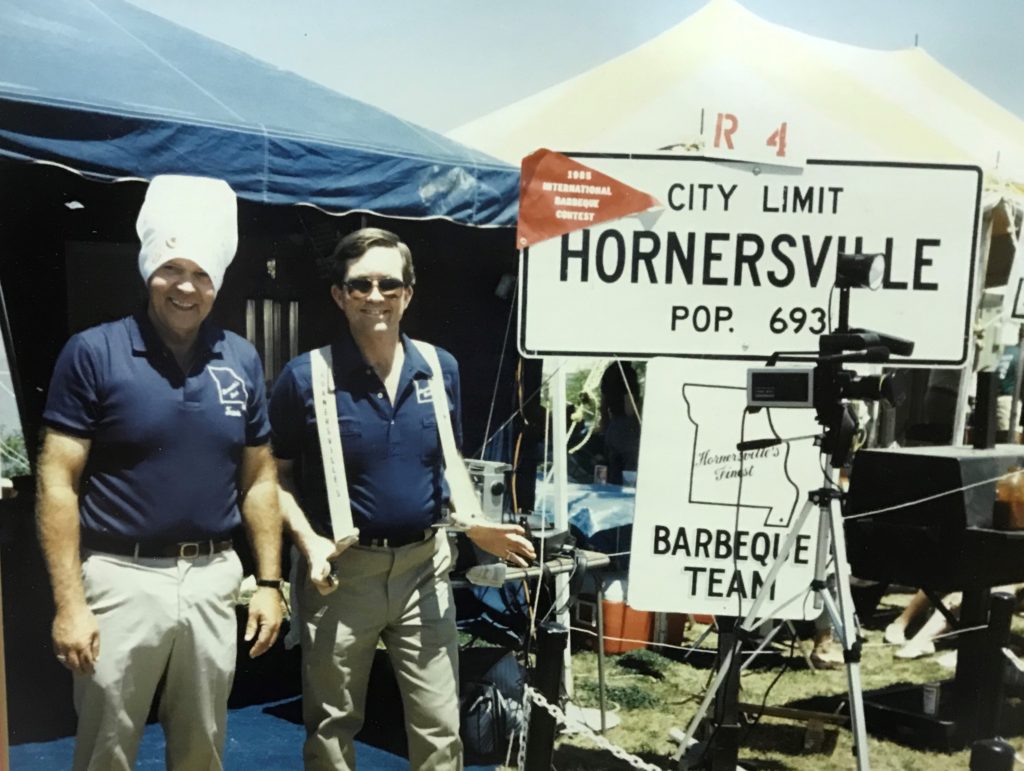 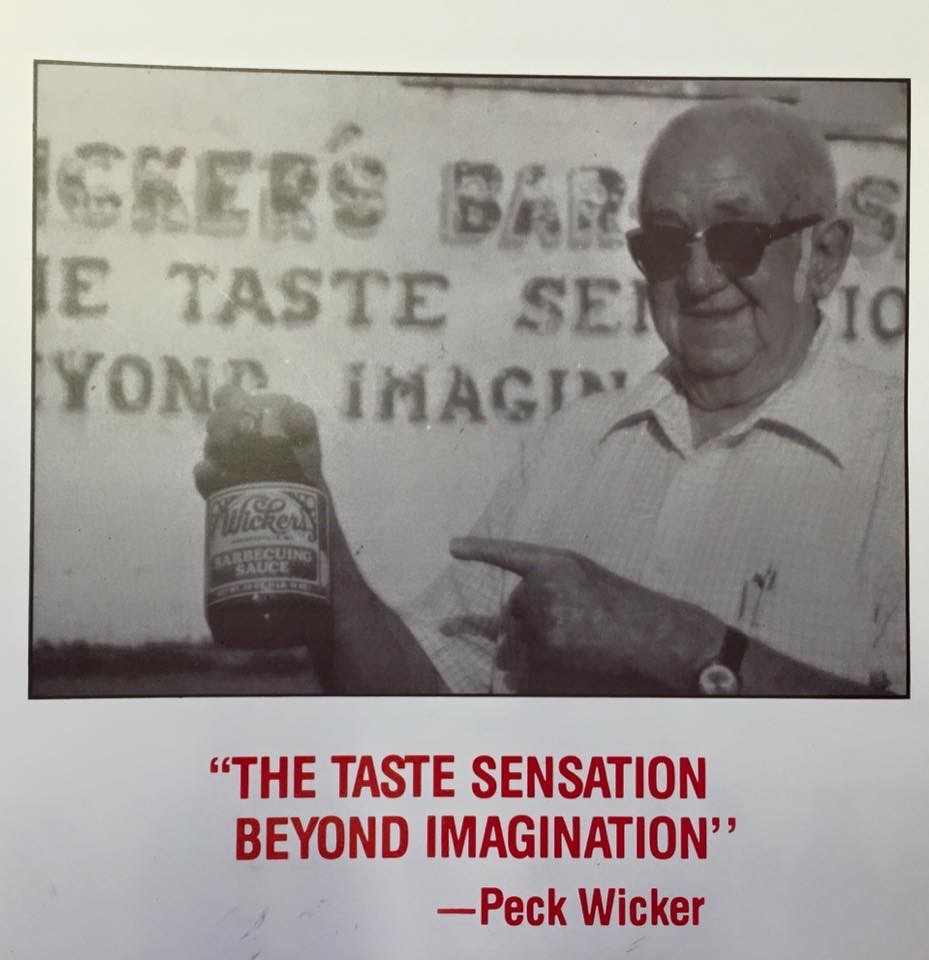 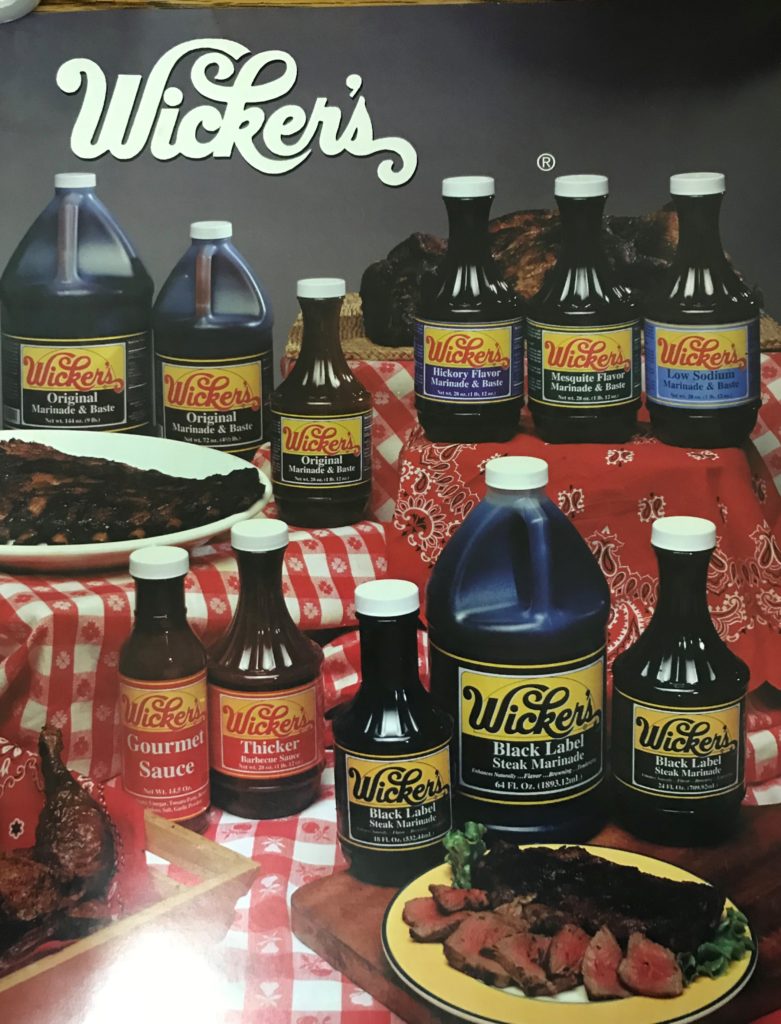 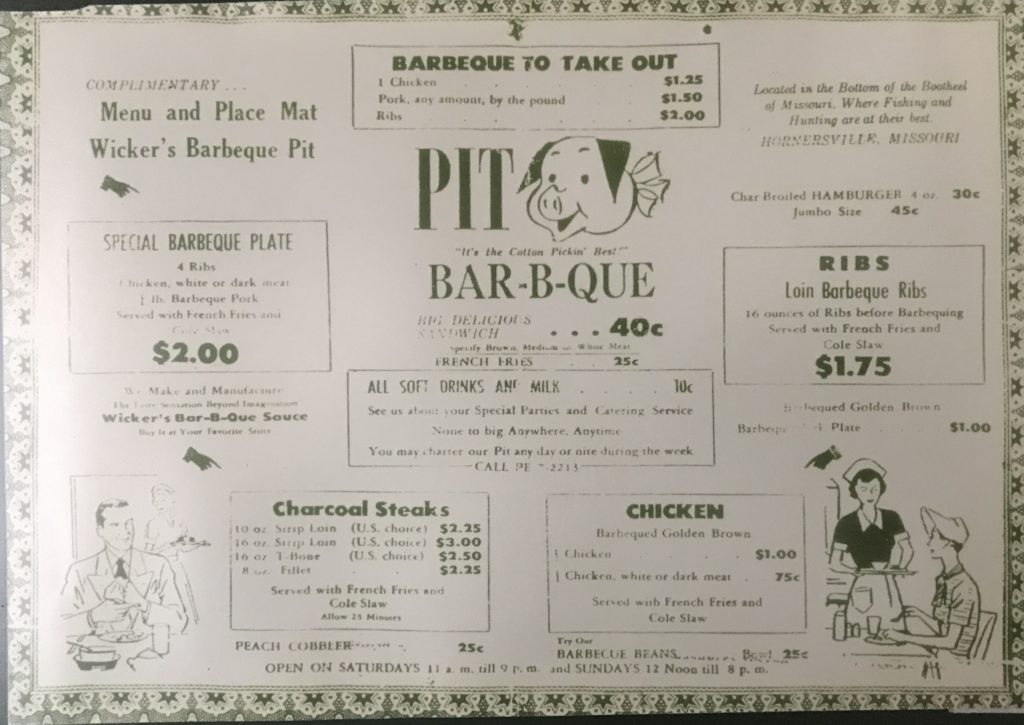 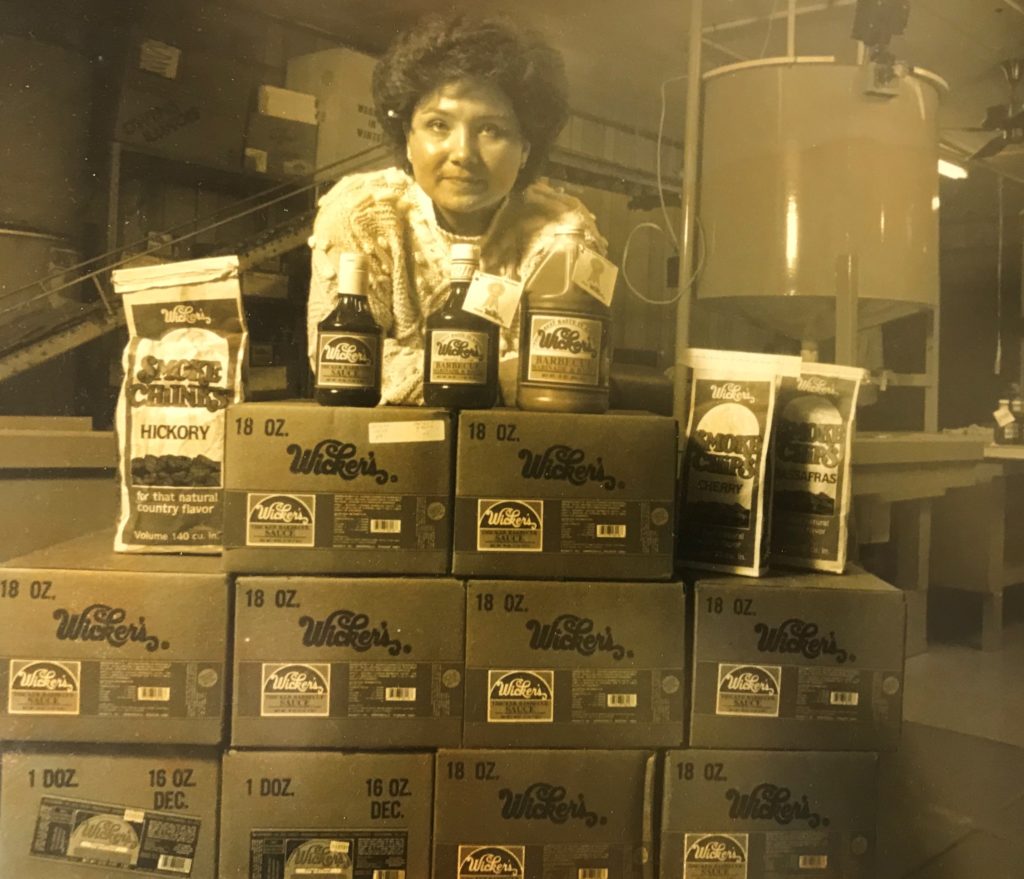 In 1947, in the Southernmost part of the Missouri Bootheel, W. C. “Peck” Wicker started a BBQ shack where he would serve locals and guests alike. Peck was a local legend and a model citizen of Hornersville Missouri. Peck was employed by the local school district, driving buses and working in the cafeteria. On weekends, he would operate his BBQ shack, which is the genesis of Wicker’s signature flavor.

Folks would come from all around to taste what Peck was cooking. Word got around fast aided by Blytheville Air Force Base, located 35 minutes from Hornersville. When an airman would get stationed elsewhere or retire from the force, he would remember the taste of good, bootheel BBQ. Mail orders started rolling in for the sauce that made the local BBQ so good, and Wicker’s Original BBQ was born.

In the 1950’s, Peck would order vinegar, dump the vinegar bottles into a bucket, mix in the salt and spices, re bottle his sauce in the same bottle, and replace the label with his own. The production would eventually update to 2 150 gallon vats which were mixed with an electric motor. The marinade would be poured by hand and boxed and sold to groceries throughout the mid-south.

Wicker’s has changed hands a few times since 1947 when it was initially founded. It is no longer owned by the Wicker’s family. The Wicker’s line has also expanded a great deal from its humble beginnings now offering a soy based marinade and a dry rub. Some things haven’t changed much.

The current owner is committed to the small town of Hornersville. Our production facility is only 150 feet from where Peck had his original BBQ shack. All of our buildings are old downtown buildings that have been refurbished to fit the needs of our company. Most importantly, we are still made by hand daily with the same vats purchased decades ago.

The future of Wicker’s looks bright. We are currently found in over 1200 stores in the South and we are expanding to new stores all the time. We plan on expanding as much as possible while continuing to stay hand-made in Hornersville as long as possible.

WICKER’S, the WICKER’S logo and “THE BEST BASTE IN AMERICA” are registered trademarks of Wicker’s Food Products, Inc